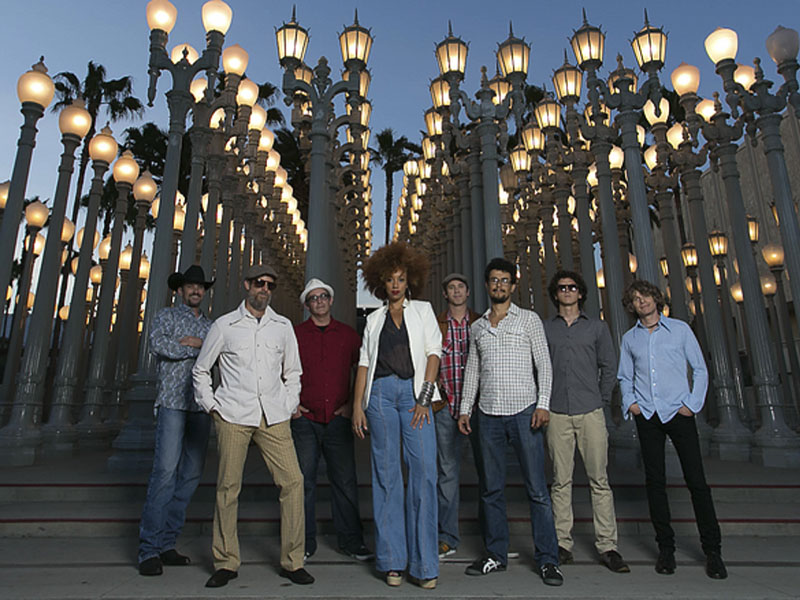 Orgone is one of the most exciting bands in the new generation of funk bands, blending deep soul, rare funk, and afro-disco with a raw rock star edge that is uniquely LA. Led by powerhouse vocalist Adryon de Leon, Orgone recalls such legendary groups as Rufus and Sly & The Family Stone at their best! Their recent release Beyond the Sun is the most complete fulfillment of Orgone’s full spectrum of sound, ranging from the “in the pocket” funk of “Don’t Push Your Luck” to the hot single “Sweet Feet. Members of Orgone have collaborated/ performed with the Roots, Al Green, Gil Scott-Heron, Sharon Jones & the Dap-Kings, Breakestra, Thievery Corporation and the Monophonics.